Lance has over ten years of legal experience defending clients who have been accused of the most serious criminal offenses. Lance works aggressively and is a skilled advocate. Lance has handled hundreds of misdemeanor and felony matters on behalf of his clients including the most serious felony offenses such as robbery, racketeering (RICO), kidnapping, sexual related offenses, and murder charges. Lance has represented clients in both state and federal courts. Lance also works diligently to be aware of potential collateral issues such as adverse immigration impacts against his clients. In addition, Lance’s experience includes Appeals and Post-Conviction Relief (PCR) matters.

Lance has successfully tried numerous bench and jury trials to verdict. Lance successfully defended a client who was wrongfully arrested and accused of numerous Sexual Assaults and First-Degree Kidnapping charges. The charges against the client were dismissed and the client was exonerated for the wrongful allegations in which the client was facing a possible life without parole if convicted.

Lance was mentored and partnered alongside with attorney, Rex A. Bell, Jr. Mr. Bell was the head District Attorney in Southern Nevada when he served as our County’s lead prosecutor in Southern Nevada. Lance was fortunate to learn from and work alongside Mr. Bell until his untimely passing in 2011. The experience and training Lance acquired from Rex over the years prior to his passing provided the foundation for Lance’s successful legal career today.

Lance has served as President of Nevada Attorneys for Criminal Justice (NACJ). NACJ is a non-profit organization of criminal defense attorneys located throughout Nevada whose mission is to ensure effective representation of those accused of crimes through shared resources, legislative lobbying on constitutional issues, and intra- organizational support. Over the past several years, Lance has served on both the Executive Board and continues to serve actively on NACJ’s Board of Directors.

Lance also serves as a member of National Association of Criminal Defense Lawyers (NACDL), the preeminent organization in the United States advancing the mission of the nation’s criminal defense lawyers to ensure justice and due process for persons accused of crime or other misconduct.

Lance graduated from the University of Notre Dame with a dual Bachelor’s degree in both Economics and Computer Applications. Lance earned his law degree from Western State University, College of Law. While in law school, Lance was a recipient of several Witkin Awards (formerly AMJUR) for Academic Excellence including Legal Advocacy.

Lance has also served as a Board member for the Rocky Mountain Innocence Center (RMIC). The non-profit organization works to correct and prevent the wrongful conviction of innocent people in Utah, Wyoming, and Nevada. Lance has been recognized for his services to the community and has received awards and recognition from the Legal Aid Center of Southern Nevada for his pro bono work and commitment to helping those in our community. He is also a member of the Nevada Latino Bar Association, the University of Notre Dame Hispanic Alumni, and member of the Notre Dame Club of Las Vegas. 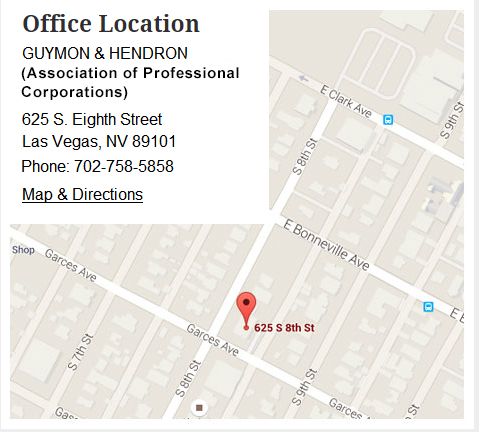 Check out our new Mobile App for both iPhone and Android.